This Daughter’s Day, Know the Indian Laws Relating to Rights and Obligations of a Daughter. 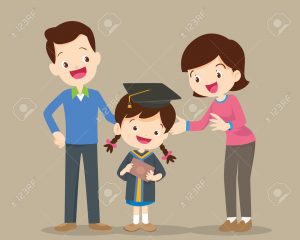 Until the Hindu Succession Act, 1956, was amended in 2005, the property rights of sons and daughters were different. While sons had complete right over their father’s property, daughters enjoyed this right only until they got married. After marriage, a daughter was supposed to become part of her husband’s family.

Earlier when a daughter got married, she discontinued being part of her father’s HUF which was seen by many as curtailing women’s property rights. Under the Hindu law, a HUF is a group including more than one person, all lineal descendants of a common predecessor/ancestor. The term HUF is supposed to apply to by people of Hindu, Jain, Buddhist, or Sikh faith. Currently, the laws keep the daughters in consideration and take care of their interests too.

According to Christian Law, a daughter inherits equally irrespective of the fact whether she has siblings or not. She also has the complete right to the personal property upon attaining majority.

Quranic laws of inheritance are extraordinarily specific. As per Muslim Law, daughters have right to maintenance and shelter in their parent’s house till they get married. Under Muslim law, both Sunni and Shia, a daughter is entitled to succeed to the property of the parents, yet there are customs and statutes, the operation of which excludes a daughter from inheritance. Such customs and statutes are treated as valid and daughters as non-existent at the time of opening of the succession.

Section 125 of the Code of Criminal Procedure 1973 enjoins not only the son but also the daughter to maintain her parents. It has been held by the Supreme Court in V.M. Arbat v. K.R. SawaV .

In what circumstances may the daughter be required to maintain her parents? The court held, when she has independent means of subsistence and can afford to maintain them. The requirement of ability to maintain is common to all persons who are required to support destitute relatives, be they husbands, fathers or sons. Thus “independent means of income” is an ingredient necessary for only the married daughter which translated into lay language would generally mean if the woman is working.

The Maintenance and Welfare of Parents and Senior Citizens Act, 2007